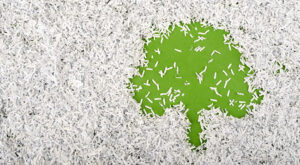 Living in the information age, we have access to a world of data in the blink of an eye, but did you know that until as late as 2010 carrier pigeons beat internet upload speeds? Which is why harmoniously integrating swift new technology and traditional methods of document management is the best solution for a contemporary business.

Records management does not only entail the secure storage and efficient indexing of important documents, but it will also ensure that your documents, once they have reached the end of their lifecycle, are properly destroyed.

So, aside from what you’ve seen in the movies, what do you really know about the process of document destruction? Here are five of the strangest facts about this pretty important process:

Thanks to years of turbulence, paper shredding has taken on a whole new form. Efficient and reliable, providers of document destruction also offer you a safe way to get rid of confidential information. So, if you have any outdated documentation, it’s time to get shredding!